This morning, I had the honor of meeting Mr. Leon Davenport, engineer for Chatham county regarding the future plans for the McQueen’s Island Historical Trail (RTT).  He was quick to discount the rumors that the county was nixing plans to restore our beloved RTT.  Point in fact, the trail will be repaired but it will only be a little over five miles long rather than the former approximate 6 miles that it was.  Also, the midpoint parking area will be accessible only by Chatham County vehicles for trail maintenance.  There will be no public parking there allowed.  The only access point to the trail will be at Fort Pulaski where the trail head is at. 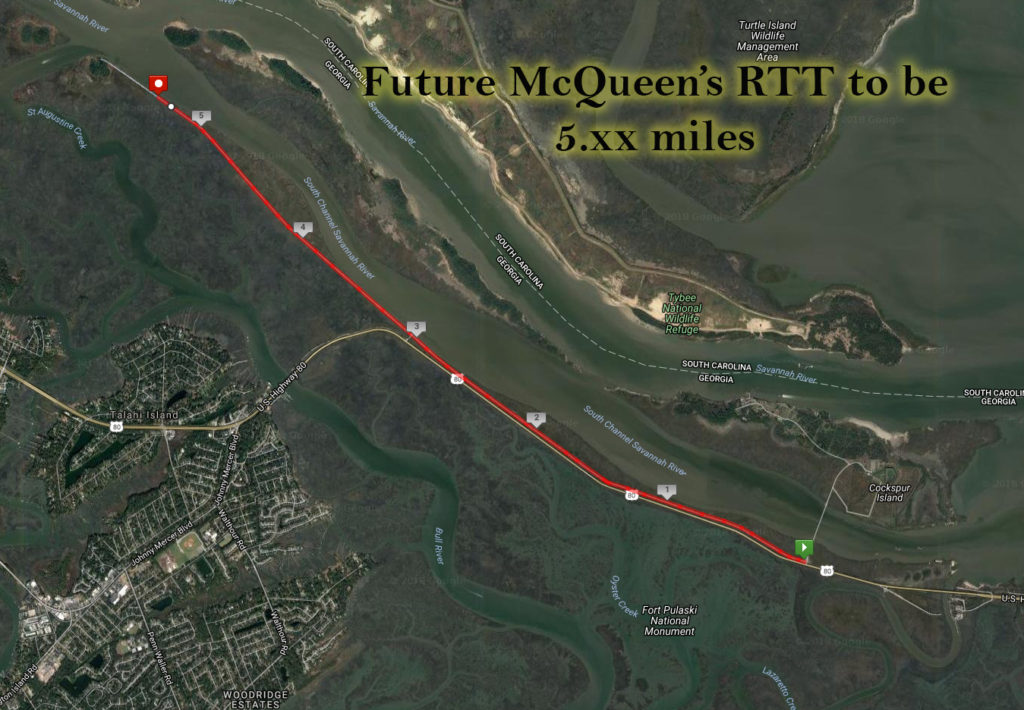 The money to pay for the repairs (approximately $1.036 million) will come from FEMA due to damages from Hurricane Matthew.

The trail marker signs that we paid for from the Ledesma Sports Medicine’s Savannah Rails to Trails Ultra race proceeds will be installed on the trail once the repairs are done.  These trail signs cost over $4000 and have been resting in a Chatham County storage for the past two years. 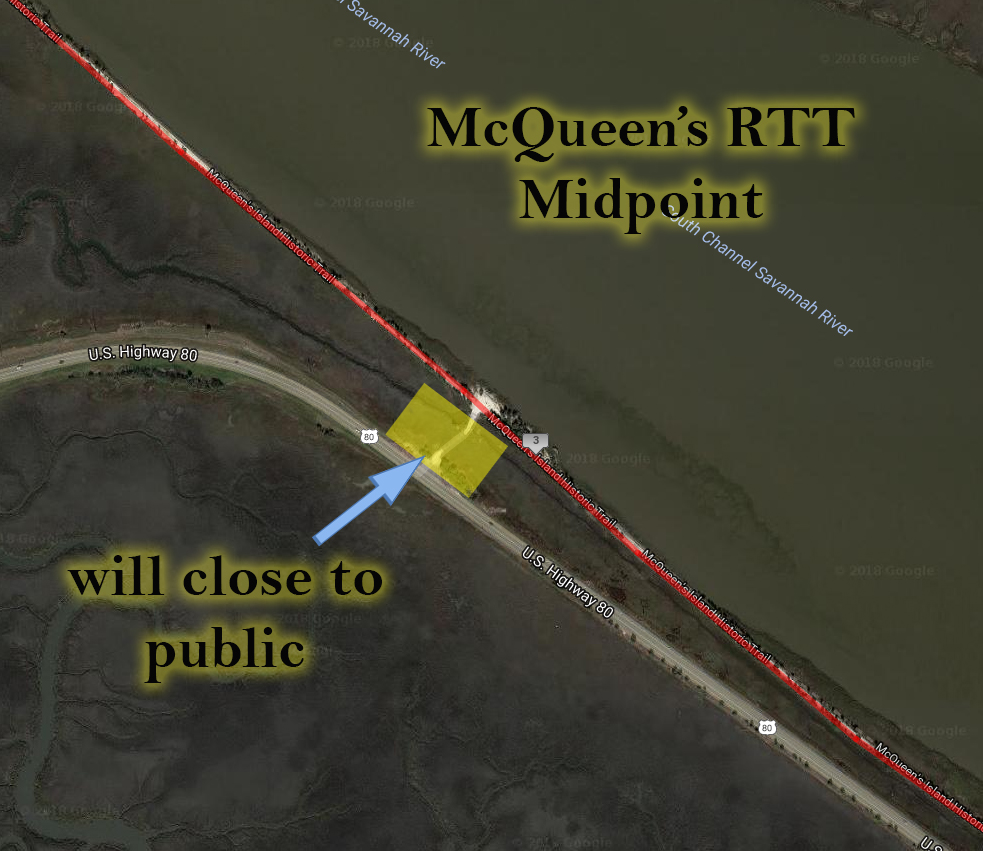 When will the trail work begin? Right now, the county is in the planning stages which will take approximately 45 days.  After that, it will be the bidding stage which will last about another 45 days.  We can realistically begin to see work on the trail in the next 90 to 120 days, – give or take…mother nature plays a part in this planning too. 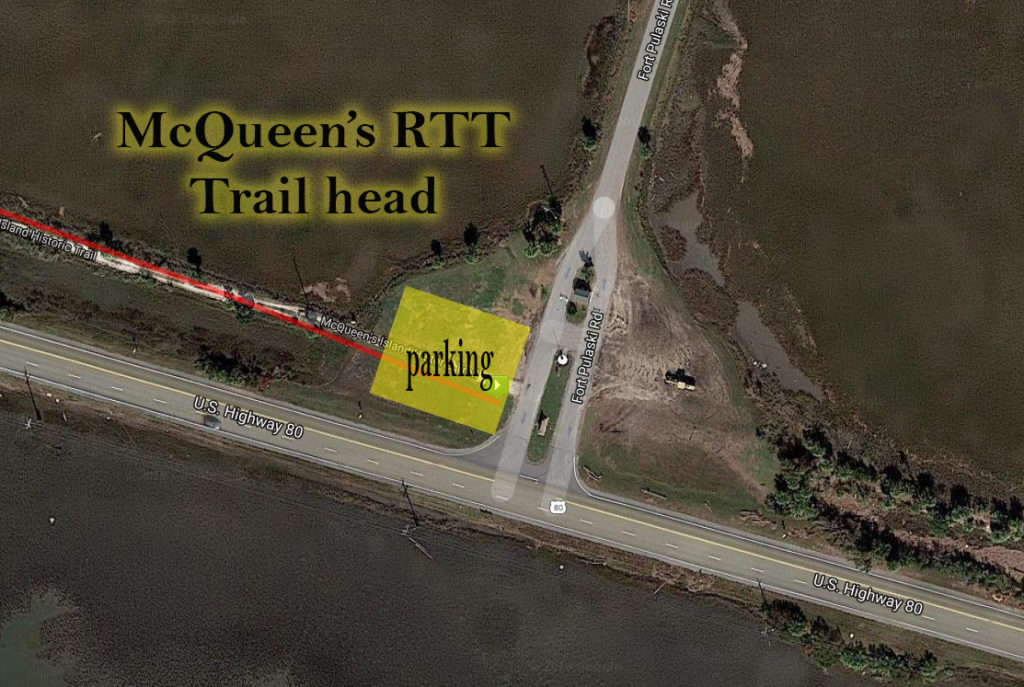 I also learned that the long term goal for the McQueen’s Island Historical trail is to have it begin on the western side of the Bull river where the casino boats used to dock.  The trail would literally run alongside the new Bull river bridge (which would be built with pedestrian access).  It would connect with the RTT and would continue across Lazaretto Creek to Tybee Island.  The new Lazaretto creek would be built with pedestrian access too.  Now, mind you, this future plan may not happen in my life time but, it may in yours!

This is all that I’ve learned today in this meeting.  I can tell you that I am excited about this news.  This trail has a very special place in my heart and I’ve hated to see it wash away again and again.  It looks like this time around, though, the repairs for the trail are being approached with a long term plan for keeping the trail in place rather than just the band-aid solutions that we’ve seen over and over again.  In the end, we find ourselves fighting mother nature which can be quite a heartless bitch but I think we’re finally heading in the right direction.

As I learn any more about the prospects of the McQueen’s Island trail I will gladly share that info with you all.

To anyone wondering if we will bring back the Savannah RTT Ultra in the future I’ll just say, let’s take one step at a time and see where we are with the trail by year’s end.